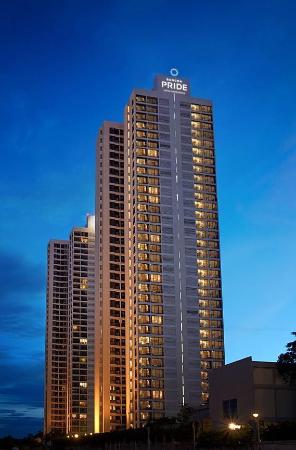 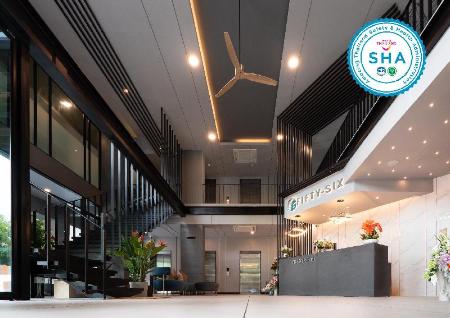 See all
56 Hotel (SHA Plus+)
Bang Na,Bang Na - View on map
"I was there for 1 night the room is big like a 5 star hotel value for money. A new hotel which great location street food around the hotel staff are friendly I like the room it feels like you are staying in a 5 star hotel I will definitely stay here again. Good job everyone :) "
Show more
8.9 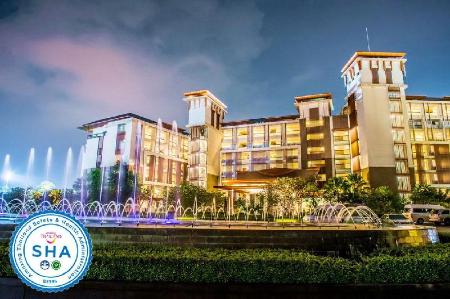 See all
Summit Windmill Golf Residence (SHA Extra Plus)
Bang Na,Bang Na - View on map
"we don't play golf but we wanted a quick break so we stayed in another part of bangkok. we stayed in a 2 bedroom suite which was really nice and spacious and had a nice view of the wide golf course. the furnitures are modern and new, and the suites itself were well maintained. the breakfast selection was adequate. however, the pool is very small (looks like a kiddie pool) so we didn't use it. note that this hotel is situated in bang-na, the area near the suvarnabhumi airport and far from the main attractions in bangkok. but if you are looking for a place that is near the airport (and ikea!), this is a very good choice. "
Show more
8.4 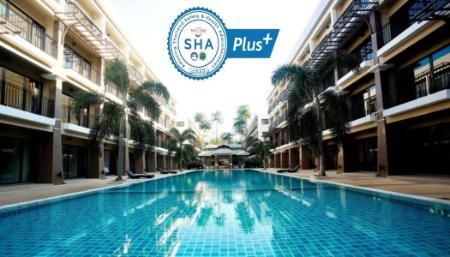 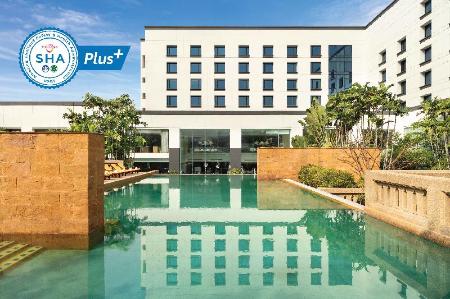 See all
Dusit Princess Srinakarin Bangkok (SHA Extra Plus)
Bang Na,Bang Na - View on map
"Been traveling to Bangkok for business in Bang-Na district for the past 12 months. And every time i'm in that area, i'll definitely go over to Dusit Princess because they offer really good hotel service and the rooms are really clean and spacious. There's also a few malls just across the small road - Secom Square and etc."
Show more
8.4 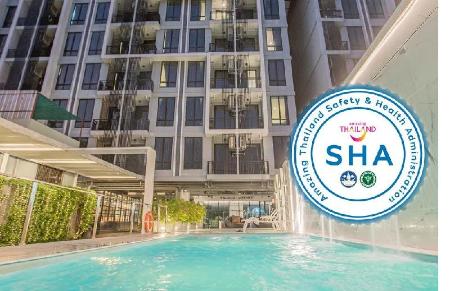 See all
Marigold Sukhumvit
Bang Na,Bang Na - View on map
"I like and feel very comfortable stay at the Marigold hotel during holiday in Bang Kok, Thailand. I also was appreciated for hotel staff with very friendly. It can also save a lot of money for staying at the Marigold hotel. "
Show more
7.9 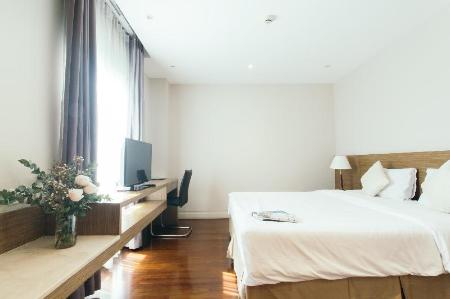 See all
Thomson Residence Hotel
Bang Na,Bang Na - View on map
"First of all the hotel is beautifully furnished - the decor is new, classy and very comfortable. Rooms come with all amenities including a washing machine, which is a useful addition. Internet speeds are good. Staff were very friendly and helpful. Pool is small but nice. Security guards were also very friendly, the place is well looked after and very safe. Only a short walking distance to a great local restaurant on the corner of Bang Na Trad. Only issue with the hotel is that they closed the gym for refurbishment as we arrived! Very frustrating. Having said that, the surroundings were nice and quiet, it's close to the airport, and although a little bit above budget, it was worth it for 2 nights if extreme comfort. Would recommend."
Show more
8.1 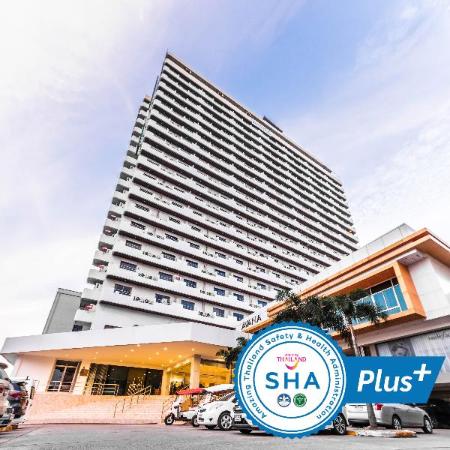 See all
Avana Hotel and Convention Center (SHA Plus+)
Bang Na,Bang Na - View on map
" The rooms on promotion are usually in the new block, with rates from 700 baht to 1000 baht per nights. The air-conditioning in the room wasn't working as splendid, but we didn't have problem sleeping through the night because our day time in the conference was tiring. Hot water was only working on the last day, but at least it was working. The other accessibility in the room were TV and fridge with complimentary 2 bottles of water per day, which was pretty decent for a 700 baht per day room. The staff was simply amazing! They greet you well, speak to you well, attend to all your needs when you need them. It might have helped a lot with me knowing Thai, but they were really nice. Arrangements for taxi everyday to BITEC was never an issue, and there was definitely a personal touch to the homey hospitality the staff gave. Location of AVANA wasn't hard to get to. Get a taxi from the airport for about 200bath to 500baht; or a Mini-van for 1300baht(fitting 10 person) to AVANA took only 30 minutes max. The landmarks around AVANA was BITEC, Central Bang Na Mall and the Bang Na BTS Station. Any decent driver would know where to get to AVANA. Taxi was just a 40baht ride from AVANA to BITEC. I almost forgot, WIFI isn't included in their package. So for those who can't live with WiFI, AVANa may not be the best hotel. You can pay for an hourly,daily and weekly plan; but getting a 1GB plan from the nearest 7-11 for 79BHT is much worth the price, unless you hate walking. Overall, if I had another conference in BITEC, I would still go for AVANA. It's pretty accessible, comfortable, and the staff was good. Their cafe has decent food, while their chinese restaurant probably is an overkill for those in budget. Going to Central Bang Na for their street food or food court is much better."
Show more
6.8 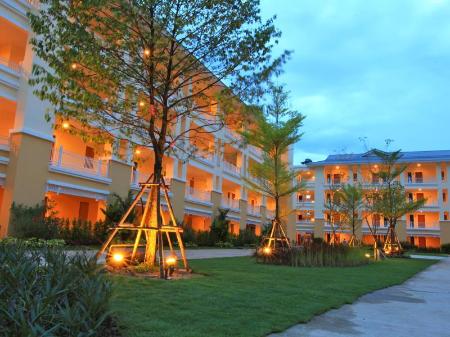 See all
The One Residence Hotel
Bang Na,Bang Na - View on map
"I choose this hotel because I need go to Bang na road is easier. Nothing special here but they have kitchen for u with out spoon and fork lol . Bed is big but poor pillow . I not expect much as the money i paid is value for here. "
Show more
7.8 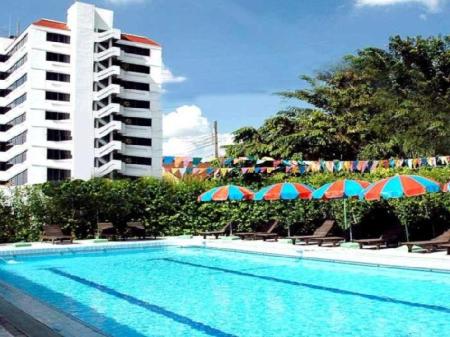 See all
Bangkok Rama Hotel (SHA Certified)
Bang Na,Bang Na - View on map
"I arrived at BKK early in the morning. This hotel was convenient since it was near the airport and they allow you to check in as early as 5:00 am. I booked "Standard cottage" for two nights but when I checked in I was given a bungalow room. The bunglalow was awful. I am sure all the negative comments you see here are from the people who stayed in the bungalows. This hotel has a hidden gem. While you are staying, be sure to get a massage from this hotel. I had many Thai massages while I was staying Thailand but by far I had best massage from this hotel."
Show more
7.5

Discover the neighborhoods of Bang Na