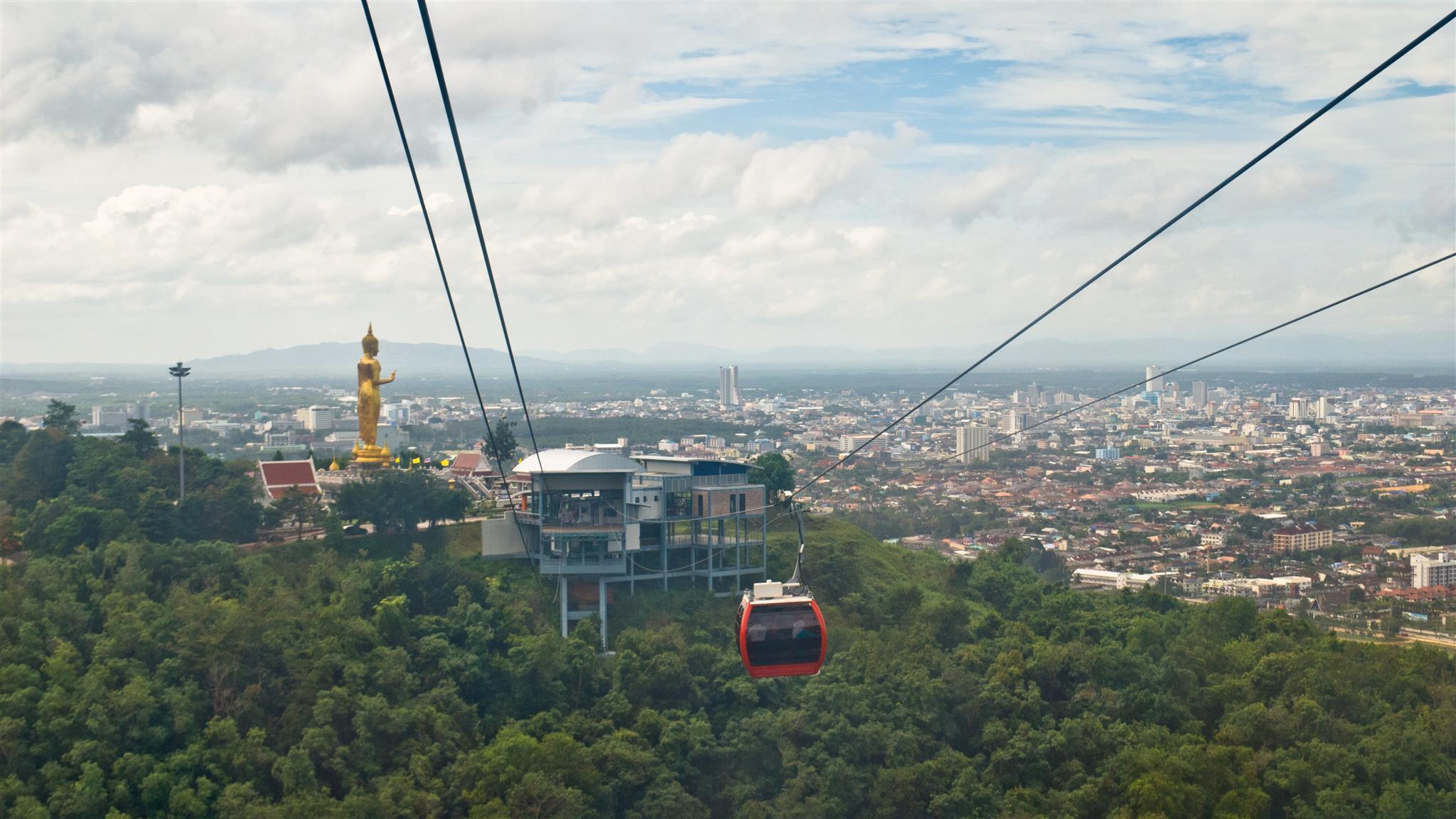 Hotels with bar in Hat Yai

Hotels with bar in Hat Yai 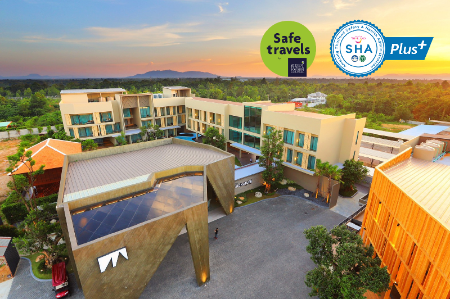 See all
The Signature Hotel Airport (SHA Extra Plus)
Hat Yai International Airport,Hat Yai - View on map
"Having stayed a few times at the other Signature Hotel we were looking forward to trying the new Signature Airport Hotel. We choose the most expensive room with direct pool access and it was perfect! The whole hotel is excellent and we are still enjoying our 3 day stay here."
Show more
8.8 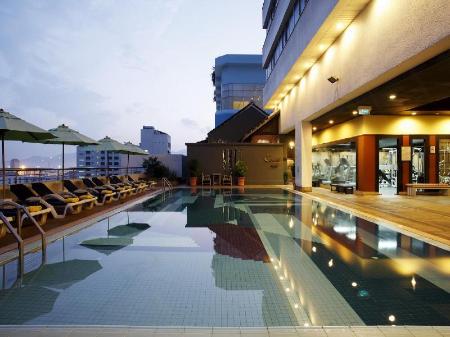 See all
Centara Hotel Hat Yai (SHA Extra Plus)
Hat Yai Central,Hat Yai - View on map
"Very good location, its at the central of everything. The best hotel in Hat Yai. Breakfast was the best of all the hotels in Hat Yai, But still a bit lower than many of the 4 star hotels in Thailand. If you just want to do shopping in Hat Yai, this is the hotel you are look for. The friendly staff will be able to help for your needs in Hat Yai. "
Show more
8.2 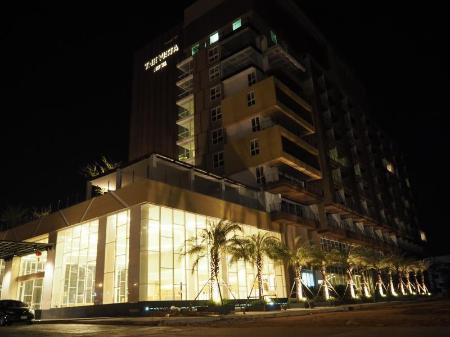 See all
The Vista Hotel By Satit Group (SHA Extra Plus)
Sadao,Hat Yai - View on map
"Good location, out of busy town but very close to town, clean and spacious room. good service by staffs, standard breakfast as hat u get in most hotels in Thailand. Good Wi-Fi coverage and still accessible by Malaysian phone networks. room comes with balcony and it has great views from the rooms."
Show more
7.7 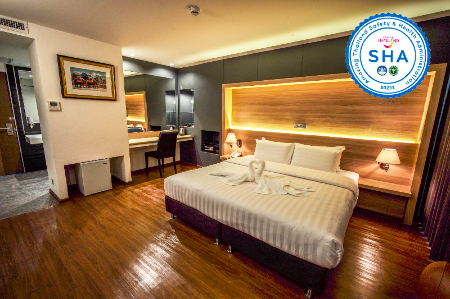 See all
The Three Hat Yai
Hat Yai Central,Hat Yai - View on map
"The front office clerks was kind and respectful. The place was abit far to the lee garden area. But it is hat yai so everywhere is close plus there is grab. There is no breakfast but there is a lounge where you can serve yourself a cereal,toast,juices,teas,snacks and etc. The lounge have different type os food/snacks on a different time. We book the family suite and the toilet bowl was fantastic. It was quite big balcony. The TV Channel were perfect. There was hot water,mineral water,towels,fridge. It was clean. I think its the best hotel hat yai can offer. As other hotels in hat yai are pretty creppy,old,dark and dirty. This was the best. Hence i totally recommend. It was a lovely stay. Thank you. "
Show more
8.8 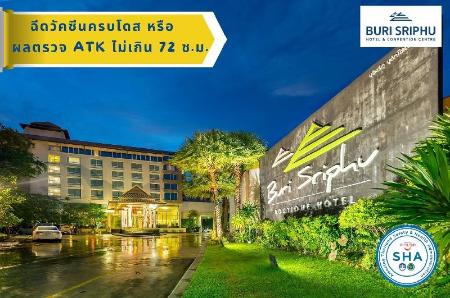 See all
Buri Sriphu Hotel & Convention Centre (SHA Extra Plus)
Hat Yai Market Area,Hat Yai - View on map
"Hat Yai itself is an absloute hole of a place and I was only there as I flew into Hat Yai Airport on my way to the Island of Koh Lipe and as there's just one boat a day to the Island I had to stop on Hat Yai overnight. The choice of Hotels is unsurprisingly limited due to Hat Yai being such a horrid place - there's simply not much demand, especially for any sort of quality accommodation. However, the Buri Sriphu is a bit of a beacon of quality amidst the squalor & flith of Hat Yai. It's modern, fairly new, clean, tidy, well run & managed & very good value. My double room was very large, with an enormous bed, big windows (although Hat Yai being so hideous best not to look out of it much!) and huge Bathroom with both a large walk-in Shower and a separate Bath. Breakfast was simple but plentfiul. If you're European and want a European-style B'fast then it won't be much use as it's local dishes - but you can make toast. The Hotel is situated on a main road but well set back and in your room there's no traffic noise to be heard. I would strongly advise that you NOT venture out AT ALL at night and even if you do during the day get a tuk-tuk or a Cab wherever you're going. At night Hat Yai is infamous for it's Rat population coming out in force and the gnarled wild dogs kind of take over the streets (and fight each other all night long by the sounds of it) - so at the risk of sounding like a paranoid loon don't go out at night. In fact one night I ventured along the sweeping driveway in front of the Hotel just to look again at the hideous surroundings and wild dogs roaming the streets and the Hotel Security Guard came rushing out and ushered me back in. That tells you everything you need to know. Oh, and I did venture out on foot during the day a very short distance to a nearby 'Mall' called Diana to see what clothes were available and the prices in this place were astronomical, unless you go to one of the deeply unattractive open markets don't go looking for bargains!"
Show more
8 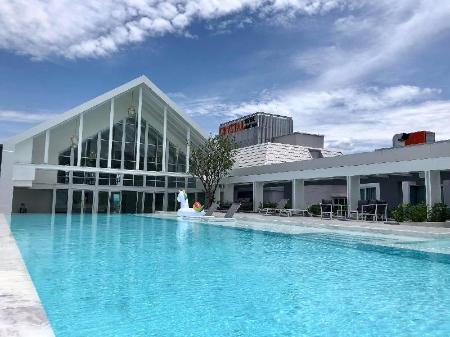 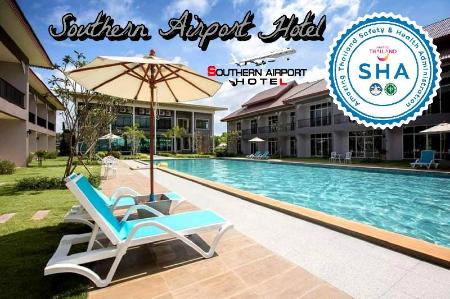 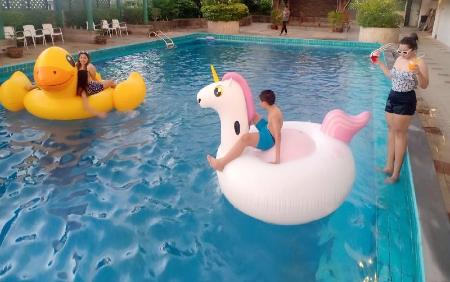 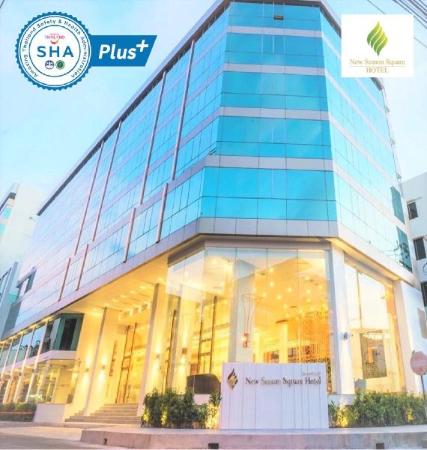 See all
New Season Square Hotel (SHA Extra Plus)
Hat Yai Market Area,Hat Yai - View on map
"When I made the reservation went on what Agoda showed as the facility's quality. They were right. From a great room with all the necessary appointments to one of the best elevators made, the facility exceeded all our expectations. Parking under the hotel was limited but right across the street was a full hotel lot. Their breakfast fare was just adequate, did include omelettes made on demand. Their wireless was more than adequate. We did not use them, but the hotel had an exercise facility fully equipped and a swimming pool. It was situation in the heart of Hat Yai."
Show more
8.4 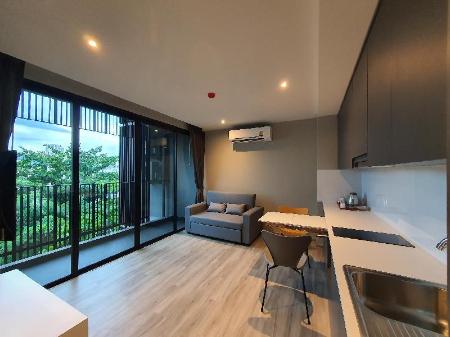 See all
GOOD DREAM PREMIER
Hat Yai Market Area,Hat Yai - View on map
"Only few minutes walk to the bus station and few street food. The room is big and clean. The minibar already included in the hotel price so you enjoy all drink and snack. One thing that I would recommend is they should have more english program on TV"
Show more
9.4

See all
The Signature Hotel Airport (SHA Extra Plus)
Hat Yai International Airport,Hat Yai - View on map
"Having stayed a few times at the other Signature Hotel we were looking forward to trying the new Signature Airport Hotel. We choose the most expensive room with direct pool access and it was perfect! The whole hotel is excellent and we are still enjoying our 3 day stay here."
Show more
8.8

Discover the neighborhoods of Hat Yai

What's the average price of a hotel in Hat Yai?

What's the average price of a hotel in Hat Yai this weekend?

What's the average price of a hotel in Hat Yai tonight?

What are the best hotels in Hat Yai near Hat Yai International Airport?

Verified travelers to Hat Yai who stayed near Hat Yai International Airport have given top reviews to The Signature Hotel Airport (SHA Extra Plus), Southern Airport Hotel (SHA Plus+) and Seree Grand Resort.

What are the best hotels in Hat Yai near Hat Yai Municipal Park?

What are the best hotels in Hat Yai near Kim Yong Market?

What are the most popular hotels in Hat Yai?

What are the best hotels in Hat Yai for couples?

Couples who stayed in Hat Yai have given high ratings to B2 Hat Yai Premier Hotel, B2 Hat Yai Boutique and Budget Hotel and Hatyai Signature Hotel (SHA Extra Plus).

What are the best hotels in Hat Yai for families?

What hotels in Hat Yai have the best breakfast?

Verified travelers to Hat Yai have given top reviews for the breakfast at Centara Hotel Hat Yai (SHA Extra Plus), Bhava Residence and Lalita Boutique Hotel.

What's the best neighborhood in Hat Yai to stay in?