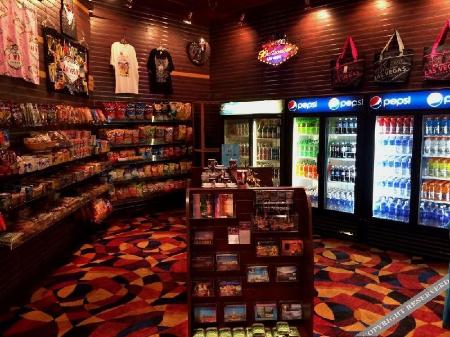 Discover the neighborhoods of Jean (NV)

What's the best area in Jean (NV) to stay in?

Most famous location amongst foreigners staying in Jean (NV) is Jean.

What are the most suitable properties located in Jean (NV) for solo travelers?

A resort around Jean (NV) that is well rated by solo travelers is Ramada by Wyndham Jean Hotel & Casino.

What are the best hotels in Jean (NV) for business visitors?

A hotel located in Jean (NV) which is well rated by business travelers is Ramada by Wyndham Jean Hotel & Casino.

Where can I reserve rooms in Jean (NV) which has free cancellation policy?

Yes, you’ll find most hotel rooms offer free cancellation rates, with which you can expect to receive a full refund if you cancel before the deadline. Filter your search by free cancellation to find flexible hotel deals in Jean (NV).

What are some upcoming holidays in Jean (NV)?

Foreign visitors are partially allowed into Jean (NV), according to our most up-to-date information. Due to changing restrictions, we strongly recommend that you visit here for more information.

Quarantine is not required for fully vaccinated visitors to enter Jean (NV) from outside the country. For updated and in depth information on travel restrictons, please pay a visit to the official websites of the travel authority or government of the country you wish to visit, or go to here.

Is quarantine required for unvaccinated foreigners to enter Jean (NV)?

Recommended quarantine for unvaccinated visitors to enter Jean (NV) from outside the country. For up-to-date and detailed information on travel restrictons, please visit the official websites of the travel authority or government of the country you wish to visit, or go to here.

Is proof of vaccination mandatory to enter Jean (NV)?

Mandatory proof of COVID-19 vaccination is currently needed to enter Jean (NV) from outside the country. For more details, please contact local authority or go to here.

Proof of negative pre-departure COVID-19 test results or recovery certificate is not required is currently mandatory to enter Jean (NV). For up-to-date and detailed information on travel restrictons, please visit the official websites of the travel authority or government of the country you wish to travel to, or go to here.

Proof of negative pre-departure COVID-19 test results or recovery certificate is not required is currently expected to enter Jean (NV). For updated and in depth information on travel restrictons, remember to stop by the official websites of the travel authority or government of the country you wish to visit, or go to here.

What vaccines are recognized in Jean (NV)?

Jean (NV) is an overall frequent holiday location for low-priced stays. Travelers, vacationers, and expats from everywhere come to Jean (NV) to experience and test anything and everything this locale provides, like excellent cheap hotels in Jean (NV), hotels & motels in Jean (NV), and budget accommodation in Jean (NV). Increasing amounts of tour organizations take advantage of the great number of cheap hotel rooms in Jean (NV), Jean (NV) cheap last-minute hotel deals Jean (NV) weekly rates in resorts, hotel rooms available in Jean (NV), and cheap high-rise hotels with views in Jean (NV) close to the best attractions. Cuisine that comes along with the bistros and bars in Jean (NV) takes into account choices for numerous preferences. Several of the various amusement locations in Jean (NV) include Bonanza Buffet at Gold Strike Hotel and Gold Strike Steak House, which collectively combined give you and your traveling partners a protracted stay with hotel experiences and low-cost accommodation near night activities. Accommodation choices in Jean (NV) consist of the entire spectrum from inexpensive capsules in Jean (NV) to great specials on higher-end 5-star luxury hotel rooms available in in Jean (NV). If you prefer, you could also take into account boutique hotels and resorts with theme packages in Jean (NV), hostels in Jean (NV), and others for visitors of most preferences and budgets. Not just that, but inexpensive homes and individual-unit holiday rentals in Jean (NV) are mostly offered for tourists who have more established budget preferences, such as rooms with smoking, properties with pools, or last-minute for budget hotels with deals in Jean (NV). The ideal top-rated hotels and properties that have affordable stays in Jean (NV) provide you with comfortable and easy access using public transport to Bonanza Buffet at Gold Strike Hotel, and plus restaurant choices with open-air selections also. It's also possible to find some of the best but also still economical properties near Gold Strike Steak House. The arrangement of Jean (NV) is notably ideal for tourism, with hotel deal packages, budget holidays, and cheap chain hotels near Jean (NV), or possibly just going for walks from your affordable hotel room suites to places to visit, or top affordable places to stay nearby the prime sights and tour providers in Jean (NV).