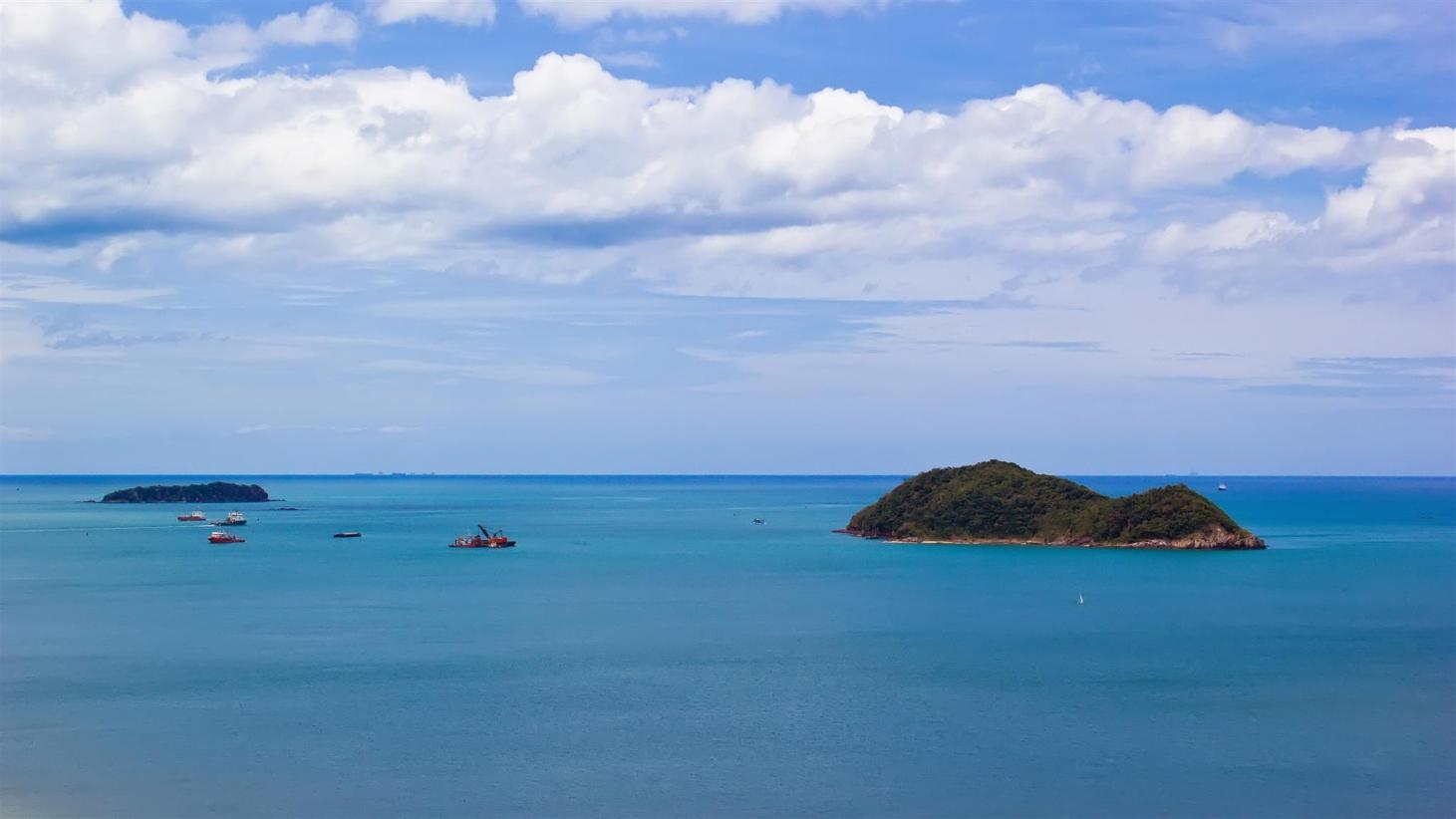 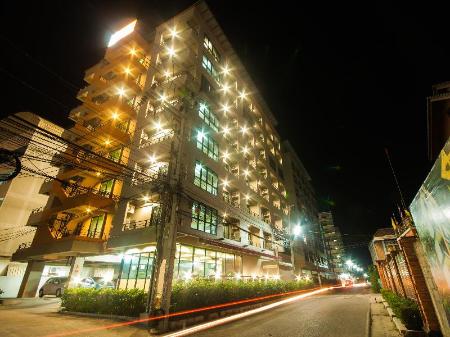 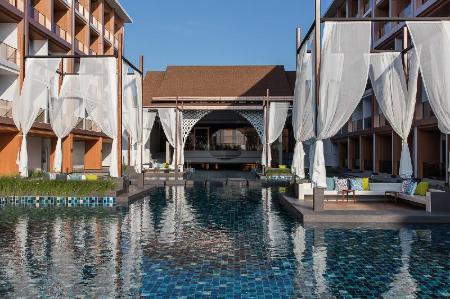 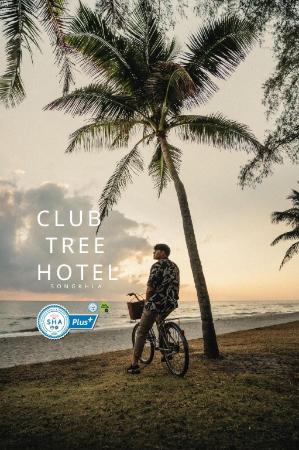 See all
Club Tree Hotel (SHA Extra Plus)
Mueang Songkhla,Songkhla - View on map
"The interio and exterior hotel environment are as great as we expected, kinda love the unusually garden design of this Songkhla hotel. Staffs friendly and helpful and the room is capacity is larger, clean and tidy. Very classic and rare found Thailand hotel in Mueang Songkhla."
Show more
8.5 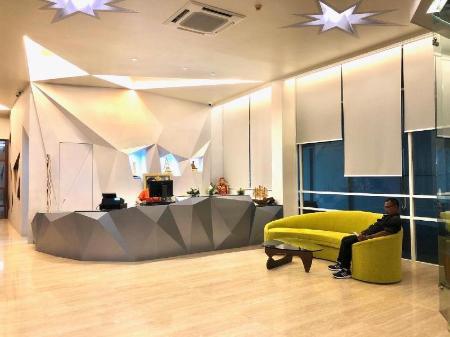 See all
Glow Rattana Place Hotel
Mueang Songkhla,Songkhla - View on map
"Nice view to the street from the 4th floor. The room was more spacious compared to other similar hotel.. The tv service lineup can be a welcome feature for international travelers with several Asian and European channels available. The bed was reasonably comfortable, and the hot shower was quite good. The staffers were courteous and gave me some tips on local activities. The weekend walking street was only a few minutes away on foot. The Sunday morning market was just across the street. There were a number of nice hole-in-the-wall places close by in case you miss the walking street. The location, together with good pricing, were the big reasons for my stay at this hotel on this particular trip.. I found my overall experience to be quite pleasant including the room’s cleanliness and comfort. "
Show more
8.9 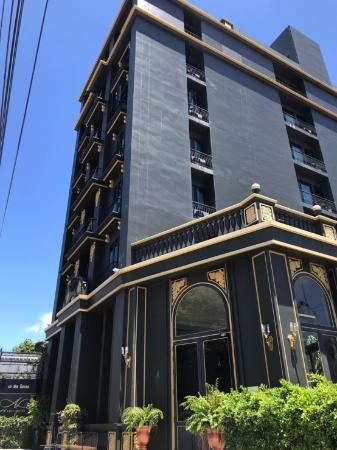 See all
A.List Hotel
Mueang Songkhla,Songkhla - View on map
"Easy to find food nearby, have a 5mins to 7-11 and 10mins walking distance to Songkhla Night Market. Smart TV inside the room, allow tenants to watch Youtube if you do not watch Thai TV programs."
Show more
8.7 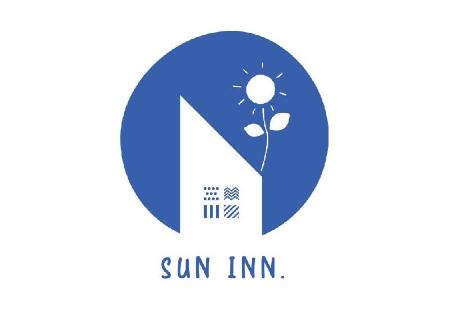 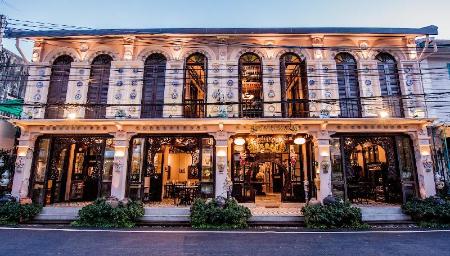 See all
Songkhla Tae Raek Antique Hotel
Mueang Songkhla,Songkhla - View on map
"This beautiful hotel is among the top of my all-time staying experience. If you visit Songkhla city, particularly the old town area, I would recommend that you spend some nights here. The location is conveniently within a few minutes' walk from the weekend walking street and within comfortable walking distance to explore the old town. The bed is comfortable, and the hot shower is excellent. The staffs were courteous and friendly. Just these factors alone make this hotel a great choice. But what makes my stay so special above the others is really the character hotel itself. I felt a sense of history the moment I walked into the lobby. The interior decorations and antique furniture looked precious and felt sentimental. It was almost like being in a museum. The original hotel was built back in 1946 (per its Facebook page) and renovated with the preservation of the old classic. The level of decorations was obviously not to maximize profits but rather to showcase the heritage of the locale. While I was waiting for my ride after the checkout, I was introduced to the owner. . During our brief conversation, he told me that he was a native of Songkhla and that the renovation of this hotel was his pride and labor of love. That pretty much sums it all up. "
Show more
8.8 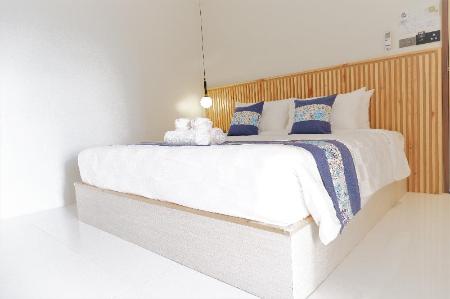 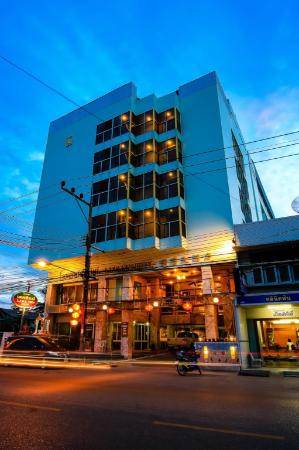 See all
Lake Inn Hotel (SHA Extra Plus)
Mueang Songkhla,Songkhla - View on map
"Spacious room, helpful staff, great location at the edge of Old Town Songkhla. Reasonable laundry rates. Parking available. Near a Mosque - halal eateries a plenty. We stayed there for 2 nights and we didn't have enough time to try them all. Within walking distance of Old Town attractions, and to bike/motorbike rentals to go further to places like Samila Beach, Chalathat Beach, Kao Seng muslim fishing village. Will stay here again if given the chance."
Show more
7.5 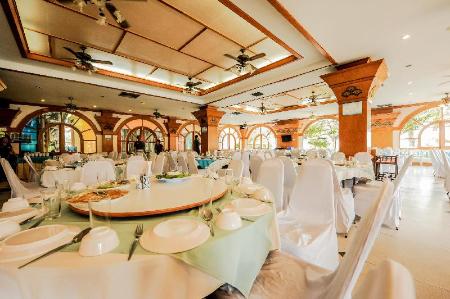 See all
Haad Kaew Resort Songkhla
Singhanakhon,Songkhla - View on map
"Very dissatisfied and disappointed with our stay at Haad Keaw Resort October 15-17, 2019. We've stayed here three times the past few years, always in one of the small "cabins" on the property. As these were unavailable, we took two rooms on the 3rd floor of the main building. The rooms were dark and somewhat gloomy. But the worst part was the lack of receptacles in the room. We actually had to unplug the television to charge a phone. Really. In 2019 a hotel room having only one receptacle is unacceptable. Also, I've had hot showers in $7/night hotels, but not at this rather expensive place. No hot water in the bathroom and no hot pot for making coffee or tea. The free breakfast buffet was gone. We could place an order for "Continental Breakfast", "American Breakfast", or a bowl of joke. I ordered mine with a glass of orange juice. But, at 7:15 am they had run out of OJ. And our group of three people was only the second group in the restaurant. Next, and most terrible, was the beautiful beach that I remembered. It was no longer there. Seems a large construction project is underway just offshore, a seawall perhaps, and the beach has no access to the water. Quite disappointing, and probably not the hotel's fault, but it was made worse by the fact that pictures on Agoda show beach access. Had I been made aware that beach access was nonexistent I would not have booked rooms here. There are much nicer and less expensive hotels in Songkhla. Do not waste your time and money at Haad Keaw Resort. "
Show more
6.9

Discover the neighborhoods of Songkhla

What's the average price of a hotel in Songkhla?

What's the average price of a hotel in Songkhla this weekend?

What's the average price of a hotel in Songkhla tonight?

What are the most popular hotels in Songkhla?

What are the best hotels in Songkhla for couples?

Couples who stayed in Songkhla have given high ratings to Club Tree Hotel (SHA Extra Plus), Wsotel Hotel and Glow Rattana Place Hotel.

What are the best hotels in Songkhla for families?

What's the best neighborhood in Songkhla to stay in?

Other popular destinations in Thailand

This capital of Songkhla Province is a beach lover’s dream, surrounded by beautiful coastlines of the two seas. The quiet and relaxed atmosphere of Songkhla is a great contrast to the more lively areas of southern Thailand, and therefore a great way to unwind after an action-packed few days in the area. From Bangkok, the city is accessed by bus or minivan, the ride taking around 12 hours. Some travelers also choose to fly to the small Songkhla Airport, which serves mainly chartered flights and short distance stopovers from surrounding airports.

Songkhla’s historical gems are not to be missed, and the city’s many museums and cultural centers make it easy to explore this side of the city with ease. Spanning the lake and connecting the city to the rest of the country, Tinsulanond Bridge is one such attraction that is often photographed by most tourists. It is the longest bridge in Thailand, and connects Songkhla to most of the popular vacation destinations such as the island of Ko Yo and Ban Khao Khiao.

Of course, the beaches of Songkhla often draw the most crowds, and Samila Beach is the most popular of the bunch. The beach features the usual white sands and calm waters, but it’s also home to the mermaid statue that is the symbol of this city. It’s a great place to relax and take the beautiful views.

Find out where rest of the hotels, resorts, and other attractions of Songkhla are located by exploring the interactive map on this page, and start planning the perfect trip to this interesting city.