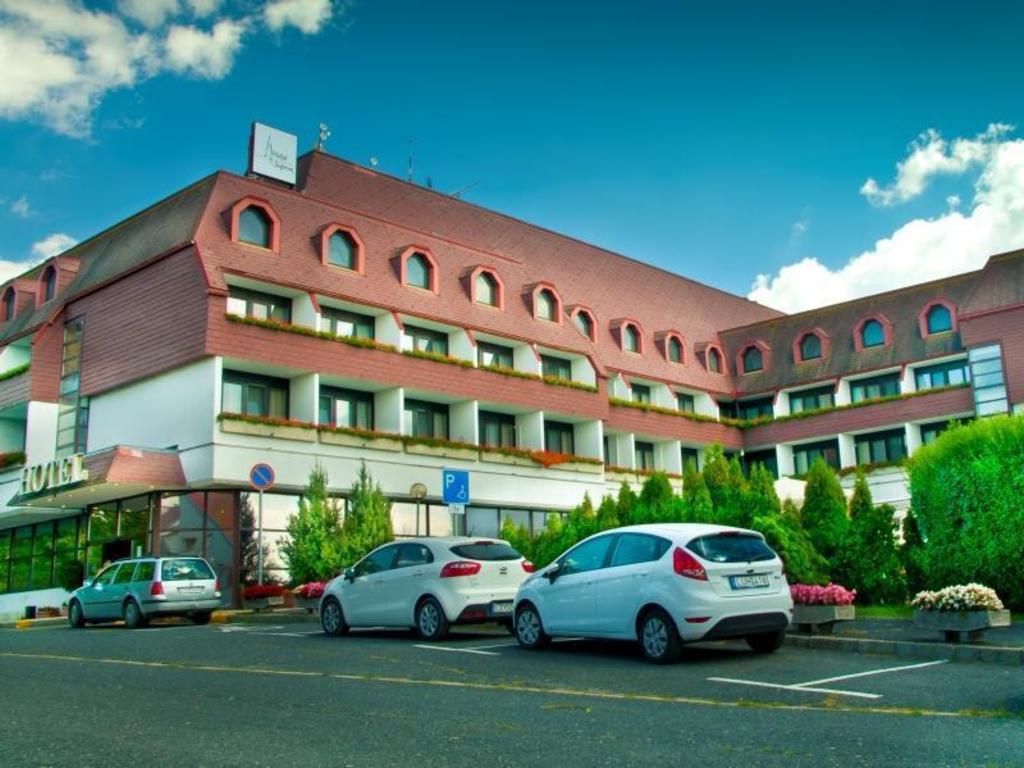 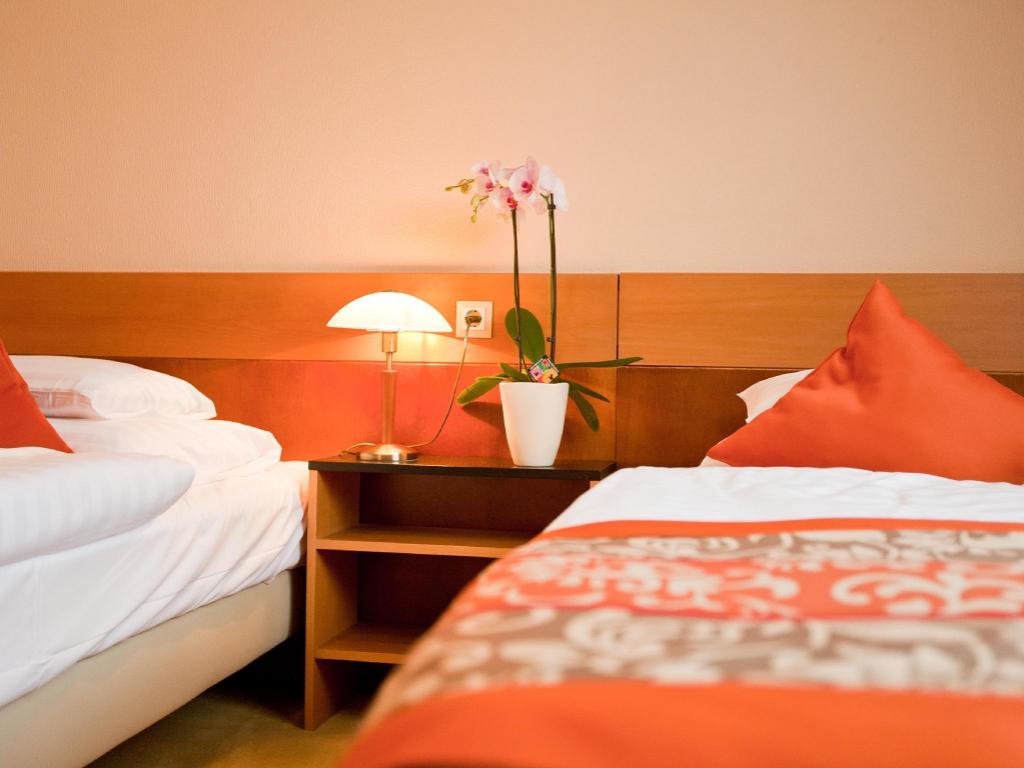 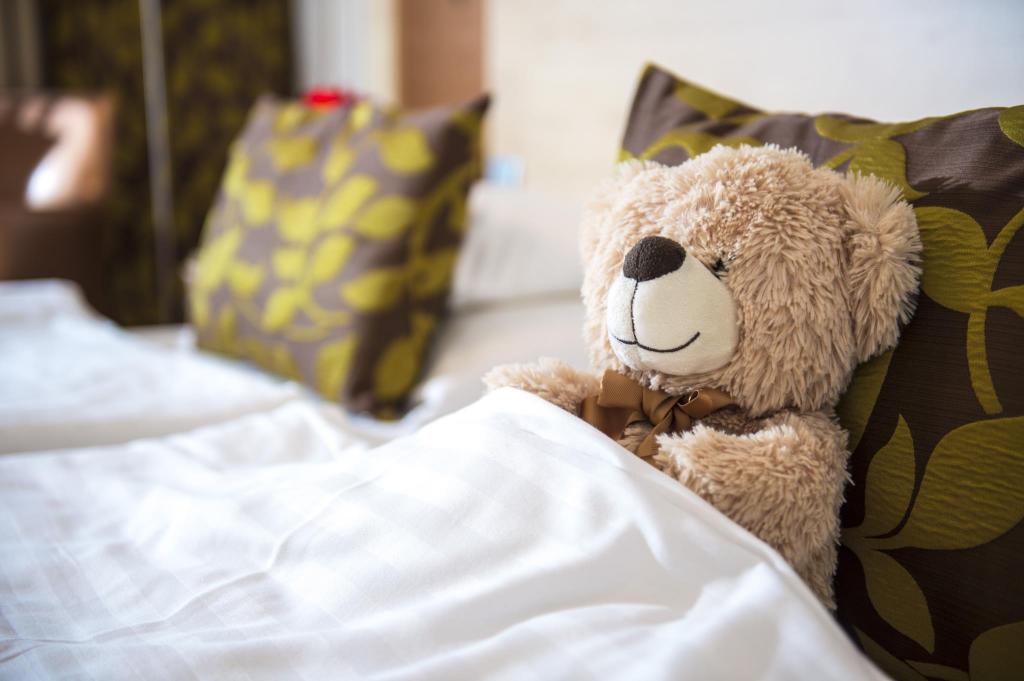 Get your trip off to a great start with a stay at this property, which offers free Wi-Fi in all rooms. Conveniently situated in the Becsi-kulvaros part of Sopron, this property puts you close to attractions and interesting dining options. Rated with 4 stars, this high-quality property provides guests with access to massage, restaurant and hot tub on-site.

Complimentary WIFi in all rooms

As part of the Coronavirus (COVID-19) restrictions, the property may request additional documentation from guests to validate identification, travel itinerary, and other relevant information. Please contact the property for more details.

Complimentary WIFi in all rooms

Does Hotel Sopron have a hot tub?

A hot tub is one of the facilities available at Hotel Sopron.

What time is check-in and check-out at Hotel Sopron?

Check-in is from 03:00 PM, and check-out is until 11:00 AM. You may request early check-in or late check-out during booking, subject to availability. Guests checking in or out before or after the designated periods may be charged an additional fee. The hotel offers luggage storage to guests for before check-in and after check-out. The front desk is always open, day or night.

How do I get to Hotel Sopron?

A stay at Hotel Sopron also comes with easy access to the neighborhoods around the hotel through the convenient shuttle service offered at the hotel. For those who wish to drive their own cars, Hotel Sopron has a car park right on site for maximum convenience. Parking is available for a fee of 7 EUR per day. If you're looking for an easy way to get around Sopron with private transportation, the hotel can arrange taxi service.

Is breakfast offered at Hotel Sopron?

Start your mornings right, with the continental and buffet breakfast options offered at Hotel Sopron. Adults can enjoy breakfast offered with an additional charge of 10 EUR if not included in the room rate. You may save on breakfast costs with Agoda by booking a room with breakfast, which is often included for less than buying it at the hotel.

What are my dining options at Hotel Sopron?

Hotel Sopron features an on-site restaurant for your dining convenience.

Hotel Sopron does not permit smoking in any of its rooms, but allows smoking in designated areas.

What restaurants are nearby Hotel Sopron?

What are popular attractions near Hotel Sopron?

Guests at Hotel Sopron can easily visit Bakery Museum, House of the Two Moors and Church of St Michael located in the Becsi-kulvaros area.

What people love about Hotel Sopron

Hotel Sopron offers impeccable service and all the essential amenities to travelers. Never be out of touch with your contacts, with free Wi-Fi offered throughout your stay. Taxi and shuttle services provided by the hotel make it easy to plan your day trips, sightseeing, and more around Sopron. If you plan to arrive by car, you'll appreciate the hotel's available parking, right on-site.
The hotel provides front desk services such as express check-in or check-out, luggage storage and safety deposit boxes for guests' convenience. If you need, the ticket service and tours can even help you book tickets and reservations at all the best shows and programs nearby. Staying for a long time, or just need clean clothes? dry cleaning service and laundry service offered at the hotel will keep your favorite travel outfits clean and available. For lazy days and nights, in-room conveniences like room service and daily housekeeping let you make the most of your room.
Please be advised that smoking is not allowed in the hotel to allow cleaner air for all guests. Smoking is limited to designated areas only, for the health and well-being of all guests and staff.
Each guestroom at Hotel Sopron is furnished and equipped with handy amenities. Some rooms are equipped with linen service, blackout curtains and air conditioning for your convenience. Some rooms at Hotel Sopron include special design features like a balcony or terrace. In-room entertainment such as television and cable TV is provided for guests in some selected rooms.
The hotel also offers a coffee or tea maker, instant coffee, instant tea and mini bar in some rooms for when you feel like it is needed. It's good to know that a hair dryer, bathrobes and towels are provided in some guest bathrooms.


Dining and things to do

Nothing starts a morning better than a delicious breakfast, which you can always enjoy in-house at Hotel Sopron. If you don't feel like going out to eat, you can always opt for the delicious dining options at the hotel. A night in at the hotel's bar can be as fun as a night out with your travel companions.
Hotel Sopron offers wonderful recreational facilities for guests to enjoy. Finish your vacation days right by dropping in at the massage, hot tub, salon, steam room, spa and sauna. Start your vacation off right with a dip in the pool. Fitness lovers who want to keep up their routine on vacation can drop in at the hotel's fitness facility.
Have fun without traveling far, by taking advantage of the dart board, ping-pong table and tennis court at Hotel Sopron. Have fun with your friends or family, or even meet new people at the games room and shared lounge and TV area.

Things to do, ways to relax

Available in all rooms 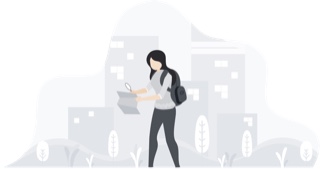 All children are welcome.

As part of the Coronavirus (COVID-19) restrictions, the property may request additional documentation from guests to validate identification, travel itinerary, and other relevant information. Please contact the property for more details.

Compare to other recommended properties

Provided by verified guests of

I personally like this hotel, because it has a very big car parking, but only 10min walking to the city center. The room were very nice with beautiful view to the old center. Very modern bathroom. The breakfast was a very good typical hungarian breakfast buffet. During my stay there was a chinese group there, so maybe this was the reason why they had an additional choice of a hot asian dish. The only problem which many foreigners had there was, that all the drinks at the "coffee machine" - which also contains hot chocolate and tea - were written only in German and Hungarian, but nothing in English! I think in a 4 star hotel it shouldn't be a big deal to write papers beside also in English language.

1 traveler found this review helpful. Did you?|
6.3
Good
Peter from Hungary
Couple
Stayed 2 nights in March 2010

Good place but the room not upto 4 star level”

Travelling by car keep on the Budapest - Wien ring road about the town of Sopron, do not drive into the centrum. The standard room is not upto 4 star level: very old chairs and bed matrasses, you find only base quality liquid soap, a bit oldish everything. Try the comfort room, possibly a bit more expensive. In the town of Sopron during this low season after 10.00 p.m. we could hardly find any place to eat, finally we found a Turkish-Chinese eating place (also closed by 10.00, but they served us very friendly).

For a hotel that is suposed to be canine friendly they really arent. No access to restaurant with dogs. The breakfast was terrible to.

Did you find this review helpful?|
10.0
Exceptional
Magnus from Norway
Solo traveler
Premium Double or Twin
Stayed 1 night in June 2022

I felt very welcomed here. The staff was so friendly and helpful. Very professional and kind at the same time. Room had AC, and the pool was clean. Nice breakfast as well. Would choose again if I ever come back. Thank you.

If you have previously stayed in a real 4 star hotel, you will know this is more like a 2 star hotel”

The disappointment starts as you drive in the parking lot and gets progressively worse the further you venture into this time machine. The building is ominous, mostly vacant, and it seems as though time stopped right around when Stalin was in power here. Once you reach the reception, you get a glimmer of hope, because they at least spent some effort to make that look okay-ish, but that glimmer will quickly fizzle out and die when you get to your room. Your room will look almost exactly like the photos on their website, but you will see all the things the camera angle didn't show you, and you will feel all the disappointment come back as you notice that even the things that looked good in the photos look dated, colorless and depressing here. The decor is out of a soviet era hostel, the rooms are functional and clean, but in a somewhat consistent state of disrepair - the bathroom is tiny with all the fitting being from before the berlin wall went down, the handles in the bath are rusting and loose, and the shower... the shower! The shower is one of those bath tub shower combos with a moldy curtain that blows in towards you and sticks to your leg as you hose yourself off with the HANDHELD shower head. You literally have to hold the shower head in your hand and wash yourself... in a 4 STAR HOTEL... all while being molested by a moldy shower curtain. The "wellness" area is just a small room with some old gym equipment, a shower, some tiny saunas and a jacuzzi. If more than 5 people are in there, you will be bumping uglies with everyone. There is a games room apparently, with the dingiest 40 year old armchairs you have ever seen, a smell of smoky, mouldy carpet, and a pool table, dart board, TV and foosball table straight out of the 70s. To be fair, breakfast is okay, its not amazing, but we expected much worse after our dinner we had on the first night - we skipped dinner the second night because I would rather contract a prion disease than eat that hot garbage a

Did you find this review helpful?|
5.6
Andrea from Switzerland
Couple
Family Apartment
Stayed 12 nights in July 2022

Did you find this review helpful?|
9.2
Exceptional
Ralf from Austria
Solo traveler
Premium Double or Twin
Stayed 3 nights in June 2022

Did you find this review helpful?|
2.0
Alexandra from Austria
Solo traveler
Deluxe
Stayed 1 night in May 2022

Did you find this review helpful?|
4.4
Dragan from Austria
Couple
Premium Double or Twin
Stayed 1 night in February 2022

Did you find this review helpful?|
7.2
Very good
Dum from Austria
Group
Premium Double or Twin
Stayed 2 nights in December 2021

Did you find this review helpful?|
4.0
Sarah from Austria
Family with teens
Standard Triple
Stayed 3 nights in June 2019

Did you find this review helpful?|
8.0
Excellent
Ernst from Austria
Couple
Premium Double or Twin
Stayed 2 nights in June 2018

Did you find this review helpful?|
9.6
Exceptional
Roland from Austria
Solo traveler
Stayed 1 night in September 2017

Did you find this review helpful?|
12
This is a popular property. Don't miss out!

Back to search results

Back to room choices 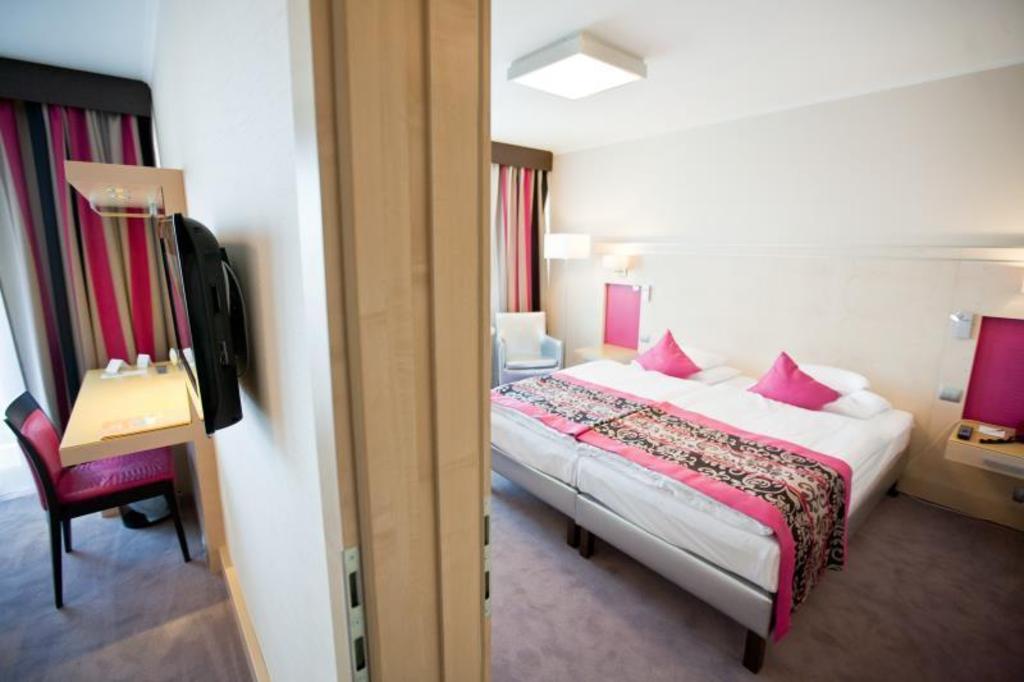 Lock in a great price at this property