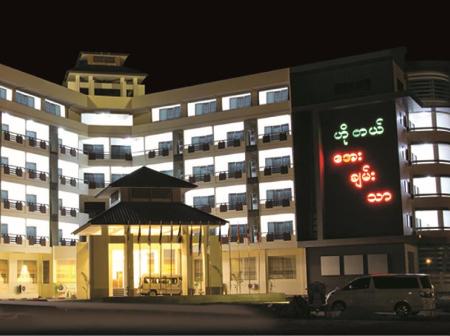 See all
Hotel Aye Chan Thar
Northern Nay Pyi Taw,Northern Nay Pyi Taw - View on map
"Empty hotel cuz of Nay Pyi Taw not the problem of hotel. Great staff, great breakfask. great pool just for me and my friend. even u order from hotel, its a little bit pricy but with good quanlity. we rent the semi motorbike for 10000 for 12 hours from the hotel. and didnt find any other motorbike rental shop. If u wanna book bus ticket from there. Be aware that the bus usually gonna stop on every small town and city. if u dont enjoy.the slow bus, better check with the staff if there is a direct and express bus. the funny thing is even though the bus is called express bus, but its still stop everywhere on the road. second, if u book the taxi service to the bus station, better make sure the staff totally understand this request. "
Show more
7.9 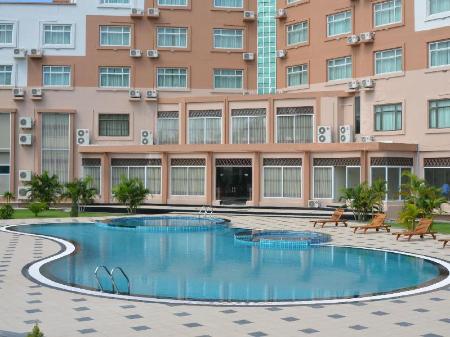 See all
Oattara Thiri Hotel
Northern Nay Pyi Taw,Northern Nay Pyi Taw - View on map
"From the minute I arrived, I was met by genuinly welcoming staff with a sincere concern for all my needs. I received rapid and thorough assistance with various travel and shopping requirements, and even extensive personal attention from the very knowledgeable and friendly hotel manager. The facilities are good without being 5 star, but the level of service merits 5+. Overall a very pleasant experience."
Show more
7.9 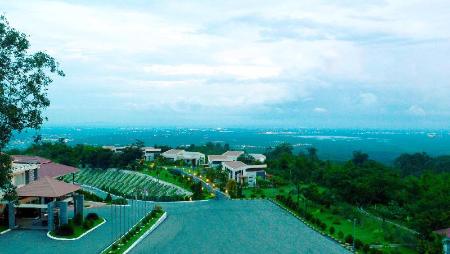 See all
Mount Pleasant Hotel
Northern Nay Pyi Taw,Northern Nay Pyi Taw - View on map
"Good things: The staff were friendly and honest. The room was clean, large, and comfortable. The mountain top view is beautiful. Bad things: So the hotel looked about equal distant to the ministries zone as the other hotels in north and south Nay Pyi Taw on the map. But it is actually really far up the mountain. Even with a driver, I felt like the hotel was too far off. From the pictures on agoda, I thought all the rooms are in one big building, but they were actually built bungalow style. So all the rooms are spread out on the mountain. It was difficult to get to the lobby - you have to call the hotel golf cart to pick you up. All this would have been ok if you are a leisure traveler wanting to relax in a resort. But we were business travelers, so it was inconvenient. Who goes to Nay Pyi Taw for a relaxing vacation anyway? The thing that was unacceptable, though, was that there was no wifi in the room, even though it states clearly on agoda that in-room wifi is available. Being a business traveler, in-room wifi is really important especially when mobile internet is unreliable in Myanmar. We were told that wifi was only available in the lobby. It would not have been so bad if the lobby was downstairs, but as I said, the rooms were spread out on the mountain. Overall, the hotel is a nice one, but it is just not for business travelers. And it needs to fix its info on Agoda. No in-room wifi! "
Show more
7.5